The judges said: “This year’s Hyundai Mercury Prize celebrates albums by musicians at all stages of their careers, but with a shared belief in the importance of music for navigating life’s challenges – whether personal or political, falling in or out of love, growing up or looking back, angry or ecstatic. The music here is funny and inspiring, smart and moving” 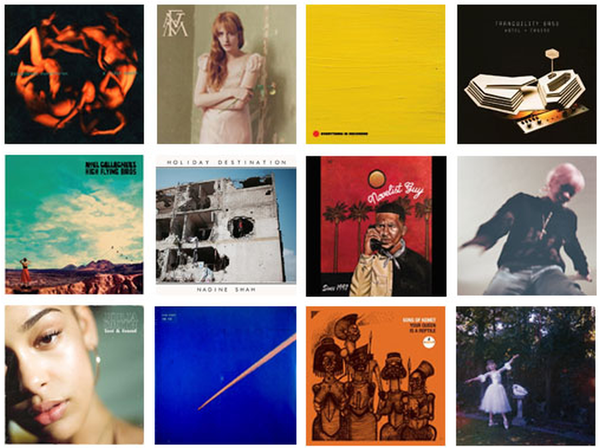 What we say: The Mercury Music Prize should be for debuts, breakthroughs and reinventions. It should champion the best of British music, and say something of the time. The real issue here is that several (incredibly popular) genres of music have been largely overlooked in favor of safer choices.

Less than two years after Skepta claimed his prize, it seems that Grime has once again gone back to being nothing but a token nomination. Skepta’s win for his debut album ‘Konnichiwa’ was nothing short of refreshing; after years of being dismissed as a fad by critics, it seemed that Grime was finally being recognised for its social importance. And Konnichiwa was an incredibly deserved win; during the turmoil and instability of 2016, Skepta’s bars resonated with the public more than words of any politicians, and his DIY attitude of hustling to make things happen blew the music industry wide open. Konnichiwa was very 2016. 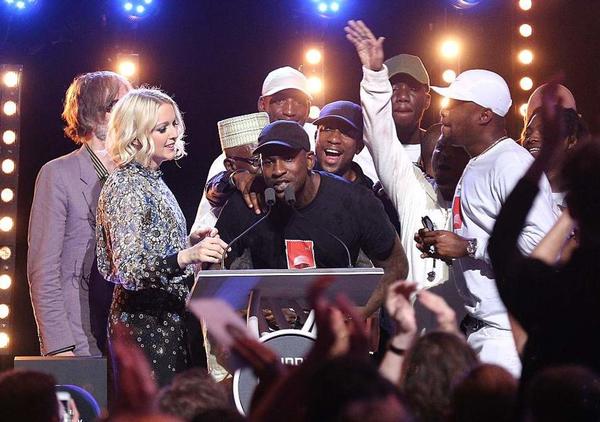 (Above: BBC; Skepta's 'Konnichiwa' was a sign of the times)

Here Novelist’s album ‘Novelist Guy’ is given the nod of approval, but we suspect it is not really in with a fighting chance. Much like Mercury’s tendency to feature one Jazz album, it serves the purpose to make us feel like the genre is represented, whilst in reality this is hugely disproportionate. One of the main sticking points is that British dance music has once again been hugely ignored: Jon Hopkins, Four Tet, Bicep, Mount Kimbie, Powerdance, Nabihah Iqbal (formerly known as Throwing Shade), arguably all deserved nominations. You only need to wander the streets of East London to feel the importance of electronic music and hear it reverberating around the city. Britain is famous for its contribution to clubbing, but much like the new Cinderella-esque licensing laws imposed on Hackney – it is being largely snubbed. 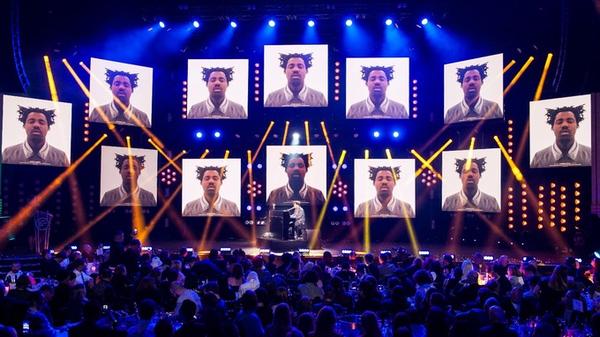 The genre of pop, however, has never been so strong. With artists such as: Florence and The Machine, Noel Gallagher, and Lily Allen all up for nominations. The irony here, is that the prize money would be most beneficial to a young emerging artist; it could help them buy studio time, invest in equipment, but instead we fear that it’ll be nothing but a drop in the ocean for these big-timers. Lily Allen has neither pushed boundaries nor caught the imagination of the public on ‘No Shame’, so it seems bizarre that her first nomination is this record. As with the controversial decision to put forward Ed Sheeran’s ‘Divide’ album last year, by including these kind of pop artists the Mercury Music Prize teeters on the edge of becoming yet another Brit awards. And let’s face it, nobody wants that.

It'd be interesting to know if some of the more interesting albums were overlooked or if they simply weren't entered. Not sure what the entry fees are, but even the improbability that a record will be short listed might mean that a smaller label could consider their time and resources are spent better elsewhere. We should champion these smaller artists and give them the platform to flourish; otherwise in a world of Youtube and bedroom musicians, they will find their own way and these awards will become inconsequential. Arguably, the British music industry is the best in the world, and it’s a real shame that the various judges have chosen to misrepresent the variety and dynamism of the scene.